He holds a degree in Fine Arts from “La Esmeralda”, the National School of Painting, Sculpture and Printmaking in Mexico City, where he has lived and worked since 2000. Barquet has received numerous awards including the Young Artists Fellowship in painting and printmaking from FONCA (Mexico), the MACG – Bancomer Arte Actual Grant in 2009. He was awarded in various artist-in-residency, incluiding CAPACETE in Rio de Janeiro, Casa Tomada, Sao Paulo, both in Brazil, also in MAAS, NYC, and Tupac, Lima, Perú. His works were selected for the XV and XVI Tamayo Museum’s Painting Biennial. During his career Barquet established the Second Floor Art Collective with Jose Luis Landét, Agustín González and Moris. Since 2011 he acts as the Project Coordinator for Re Cover, a Mexico City music and art exhibition. He also founded Grama Ruina, a trio for sound experimentation with composer Fernando Soberanes and musician Javier Loyola. His work has been shown in national and international museums and galleries including solo shows at the Mandragoras Art Space, New York; the Museo Experimental El Eco, Mexico City; the Museum of Contemporary Art, Mérida; the Kunsthalle, Sao Paulo; the Christinger de Mayo Gallery, Zürich, amongst others. His work is represented by Arroniz Gallery, México City and DotFiftyOne Gallery, Miami. 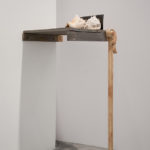 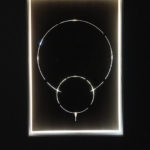 The work of Peruvian sculptor Aldo Chaparro (Lima, 1965) represents an acute reflection on the human condition and its relationship with nature. By intervening primary materials with elementary techniques, he examines the way in which certain human gestures manifest their dependence on the physical world, while simultaneously revealing a fundamental religious impulse. Whether it is through the carving and burning of pieces of wood that evoke totemic figures, the modular composition of simple shapes covered with gold leaf – reminiscent of objects of worship – or the simple gesture of folding and wrinkling steel sheets by pushing different parts of his body against them, the varying pieces that make up this exhibition demonstrate his capacity to sublimate the essential behaviors of the human being into sculpture. 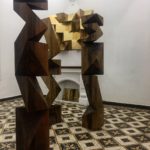 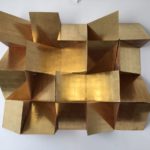 1984 born in Lima, Peru. 2001 studied at the Academy of Fine Arts Vienna. 2006 – 2010 lived and worked in Brazil and Argentina. 2012 Graduation from the academy in Vienna. Lives and works in Vienna and London. Luis Casanova Sorolla has developed multiple methods to capture the ephemeral moment of a dance, a performance, or music. For his Signapura series the artist rolls out a large paper web and subsequently spreads natural pigments on it. The painting is not created directly by the hand of the artist but by the dynamic movement of human bodies, to be precise of professional dancers. Casanova Sorolla has collaborated with dancers, i.e. from the Vienna State Ballet, Royal Ballet London, and the Russian State Ballet, who “assist” the artist as soloists, pairwise, or in small groups. The artist selects the music after which they move across the large paper sheets in order to leave their dance marks on the pigment. In 2015 he was selected by the art magazine Parnass to perform at Vienna contemporary. Currently he is being considered for the art project “Safety Curtain” of the Vienna State Opera. One of his works is featured in the group show “Zeichnung 17/Drawing 17” at Michael Sturm Gallery taking place from April the first until May the thirteenth. 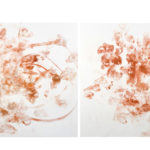 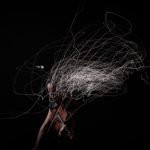 The implicit participation of the viewer plays an important role in the work of Gianfranco Foschino. The Chilean artist, who works with video only, was once named „The Vermeer of Chile“ by a critic. Indeed his videos are often closer to painting/drawing rather than to film. He never works with montage, but with a static camera delivering one image that changes over time only by the movement within the given frame. His works are almost devoid of any overt activity but display a seemingly static image of landscapes or domestic scenes, that at times might seem familiar. By this Foschino re-evaluates the notion of time in video art. His work was featured in the Chilean Pavilion of the Venice Biennial for architecture in 2014, which was awarded with the golden Lion. He had his first solo show in a museum in Germany last year at the Stadtgalerie Saarbrücken called „Hidden Stories“. The accompanying catalogue (Kerber) will be published in 2017. He is a featured artist of Galerie Michael Sturm, which is focusing increasingly on Latin-American artists since 2009. 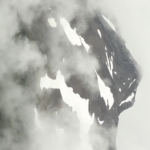 Bachelor of Fine Arts, major in painting and freelance photographer with studies on Landscape, Public areas and ephemeral architecture. He has developed an interdisciplinary work focused on peripheral areas which suggest and evoques limits, he`s also interested in territorial tensions between the center and the borders, cultural relics and symbolic and social relationships of the urban human been with these spaces. He has received grants for artist residencies in Argentina, Ecuador, Germany, USA and Mexico, where he exhibited his proposals. He has been a finalist in major competitions in the country and has received several honors. His artwork is featured in several especialized art publications.

Mateo Mate has developed since the beginning of his career a work with a noticeable and critical sense of humor. His installations and works deal with the meaning of patriotism, nationalism and domestic issues.

Through the transformation of the different objects we find in the household sphere in politic objects of nationalistic exaltation, blurring the boundaries between the public and the private and satirizing about the great truths., Mateo Mate insists in the kind of militarization of the domestic issues and the everyday reality we suffer, not only at home but also in cultural surroundings like the museum or the contemporary art center. With different connotations related with boundaries, the power structures, hidden but current in every gesture and through irony, Mateo Mate develops a work in which fun is never a sign of banality but the adequate way to denounce the political system.

Military camouflage would not exist without the discovery by the impressionism that stripped down all the natural elements in a landscape to their basic shapes, and reinterpreted them as colors just as the human retina perceives them at a first glance. A few years after, the uniforms of the armies throughout the world radically changed their idea; they went from being a representative element of the power to being offensive weapons, although passive ones. The plastic language of the impressionists had been turned into a weapon. During the Second World War all the Western powers had specific departments for developing camouflage. Jean-Louis Forain, Jacques Villon, Thomas Hart Benton, John Singer Sargent, Oskar Schlemmer, Franz Marc, Laszlo Moholy-Nagy, Arshile Gorky, and Ellsworth Kelly, were some of the artists who handed over their visual codes

Through an act of justice, attempting to return to art what war has stolen from it, Mateo Mate shows how the concept of camouflage has seeped into virtually all the human social activities

The fact that 19th Century painting can be transformed in fragments of military uniforms not only tells us much about the quality of the painting, but also warns us about the imposition of an standard and militarized way of looking and being in the world. The crossing through these Paisajes Uniformados offers us a reflection about the nature of painting as well as a clear analysis and a reaction against all those camouflage techniques that form the “hidden agenda” of society. MATEO MATE, 1964 Madrid, exhibits in galleries of Madrid, Barcelona, Wien, Chile… He has had individual shows at the Museo Nacional Centro de Arte Reina Sofia, Sala Siqueiros, México DF,  Herlizya Museum, Israel, Patio Herreriano, Valladolid, Matadero, Madrid, the National Library, Museo Cerralbo and Lazaro Galdiano, Madrid, among others. He has participated in groups shows at the Jeu de Pomme, Paris,  PS1 Moma New York, the Marcelino Botín Foundation, Museo Berardo in Lisbon, Cento de Arte 2 de Mayo in Madrid, the Joan Miro Foundation, Mart in Trento, Tapies Foundation,  Smithsonian in Washington, or the Contemporary Museum of Santiago in Chile. 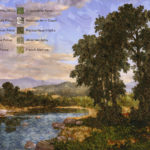 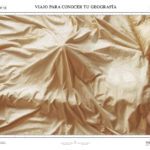 Roula Partheniou’s practice centers on an exploration of the replica, typically turning to household items so ubiquitous that we stop really “seeing” them. Using familiar objects as a starting point, she plays simple games using the objects’ own inherent rules and physical properties to transform them.  Making use of visual similes, material puns, word play, colour cues, trompe l’oeil, typological groupings and reductive referents she has built a distinct visual lexicon, often drawing unexpected connections and revealing an alternate logic to reading and perceiving everyday materials. 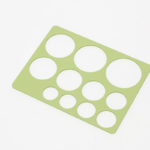 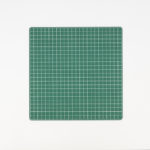 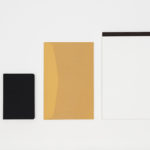 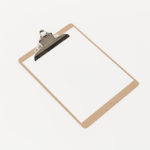 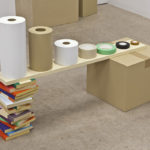 In the last 10 years, Nakamura´s practice has focused on the observation of processes involving the use of urban space and materials as merchandise, as well as public repository of memory and identity. These processes are referred from a poetic perspective to address spatial, social and economic conditions governing the transformation of our environment. More recent (and still unrealized) proposals aim to transfer these questions in contexts where the logic of the city loses validity when confronted with other ways of understanding the world that are not necessarily governed by the seizure and exploitation of the earth and all what is above and below it. The artist want´s her work to be understood in relation to current social concerns and policies; show that the work of the artist is not limited to an aesthetic dimension but also involves a social and political commitment.

The work of Saúl Sánchez (Bogotá, 1977) addresses different concerns about the pictorial medium and the relationship between image and reality. In his series Embotellamientos, which the artist began in 2005 and has revisited on various occasions, a number of the main themes that define his work are gathered: the possibilities of painting, the ‘popular’, and the art market. Executed with astonishing precision on the lids of bottled beverages, these pieces question the need for a traditional support to execute a painting, while at the same time putting the relationship between the dimensions of a work, its symbolic value, and its commercial value in crisis. 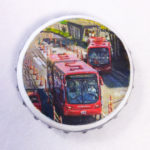 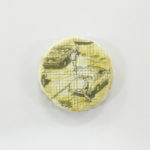